One of the more daunting tasks on Deadly was recording the voices.  I had done a little bit of voice directing with some of our great child actors on Wildernuts, but as everyone kept telling me - directing adults is a different kettle of fish.  Lesson  1, I was informed was, for the love of God, don't give a line read to an adult actor...

And what adult actors we had!  When I was working on developing the idea of Bridie, I had the wonderful (not to mention Oscar-winning) actress, Brenda Fricker in my mind.  I never really thought we could get her to do it, but her on-screen characters helped ground Bridie in the script and slightly later, even informed the design.

Then through an unlikely set of circumstances we managed to get a script to Brenda, who politely refused several times before finally giving in to my pestering! I was shocked. Then delighted. Then terrified.  I was going to have to direct an actress, who'd forgotten more about acting than I'll ever know! Things weren't helped by a quick Wikipedia search ("Fricker has been reported to be difficult to work with").  Lesson 2, I was very happy to learn on my own - never trust Wikipedia!

The night before the voice record was a fairly restless one for me.  How was this amazing actress going to react to being directed by a guy who draws cartoon animals for a living?  My only saving grace was, I kept telling myself, that the character was based on Ms Fricker and basically anything she did was going to work, because she was Bridie.  I hoped.

Luckily I was right.  Brenda arrived (with her two dogs in tow) to the recording studio (the wonderful Gorilla) and was friendly, professional and wonderful to work with.  She brought a subtlety and warmth to Bridie that was more than I could have hoped for. She also showed her wealth of experience - "Can you say that line a bit more quickly, please Brenda?" .  "I can, but I don't think that's going to work as well ".  It didn't. Perhaps the most obvious lesson I learned that day was Lesson 3 - when you base a character on Brenda Fricker, listen to Brenda Fricker (or trust the woman with the Oscar for acting!)

For our other character, Grimm, we were lucky to get none other than Fran himself, Peter Coonan.  We had sent the script out to his agent and Peter had been keen on it from the beginning.  I really liked the huskiness in his voice.  Sometimes animated voices can sound alike, but Peter's voice is unique and brought a real richness to the character.


That voice record was only slightly less daunting and a very different experience as Peter actively encouraged my feedback after each line read. The character of Grimm is younger than him and I very much appreciated Peter's vocal acrobatics to give Grimm a more high pitched and naive voice.  This was no mean feat as Peter's natural, lower voice came out very occasionally making Grimm sound like (as he said himself) "Ronny Drew selling crack"

Our final character was voiced by Andrew Kavanagh, who counts voice acting among his many talents.  Andrew brought a deep and resonant tone that worked well with Grimm.  So here we are - a few lessons learned, some excellent voice work in the can and now onto the next phase with a new problem - making the acting in the animation as good as the acting in the voices!

The other initial step, once the script is locked, is to find the overall style. When making the application to the Irish film Board I submitted various visual references. These were probably a bit too diverse, so part of making the film into a cohesive piece, is to focus in on which of these references would really inform the short and what specific elements of each apply.


When we started off I kept thinking of the Pixar mantra "Story is king". I wanted to find a style that would perfectly match and enhance the story - easier said then done! So I started looking at art work that dealt with death, Grim Reapers or skeletons in a humorous way such as the two examples below.


In many ways these initially images have gone on to inform the design of the piece.  I really like the way the white skull "pops" out from the background in the Simberg painting and his skull design has fed into ours. Both have a nicely limited palette which we're pushing for on Deadly too.  They both capture a macabre playfulness that I think is present in the script and that I wanted to feed through into the look.

Dance is another important element of the film, so we looked at various famous dance images, and then focused mostly the work of Toulouse Lautrec and Degas.

These dancer images (including the watercolour 'Dancers' by Mary Brennan) all have a looseness that I love. I also really like Parisian Impressionist drawings - often oil or oil pastels on cardboard.  The cardboard texture adds nice detail without an overwhelming palette and again we see the whites standing out against the background.

Finally I looked at how we would treat line. For this I looked to some of my personal favourite linesmiths - Daumier,  the late great Ronald Searle as well as Disney concept artist Ken Anderson.


Here again we find a looseness and personality in the line. This feeling is very important to me and is something (through the production processes were setting up for the short) that I very much hope to feature prominently in Deadly.  I like scribbles, hatching and cross-hatching in drawing and we hope to be able to add in some of those as well.

Thanks for stopping by and see for the next post in a week or two. Cheers!

So with a script written. The first stage is to figure out what these characters look like. These are some of my doodles and sketches for the two main characters. Below is the first sketch (done on a brown paper bag) of the main character. I like working in ink and the plan is to keep an inky look throughout the finished piece. 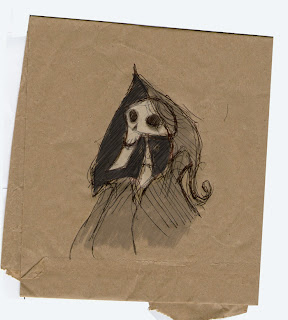 The next couple of images are further development on the grim reaper character.  We're just trying to find interesting shapes that felt comfortable together, that would reflect the character and the range of emotions that he goes through in the story. 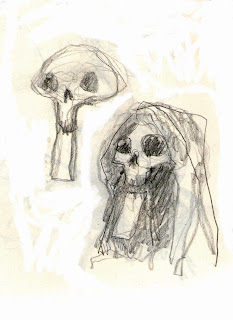 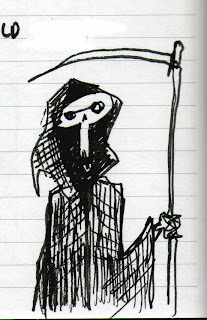 I often drawing old ladies when I doodle - I suppose they have interesting faces. So when it came to designing the other main character (Bridie), I was not short of ideas.  However she  proved tricky to tie down. The two concept sketches that seemed to work well were these ones (below). Again I probably had preconceived ideas of what she should look like before I picked up a pen, but the important thing is to draw through that and open up other ideas.  I find the best way to work, is to generate as much work as you can then whittle it down to the best stuff. 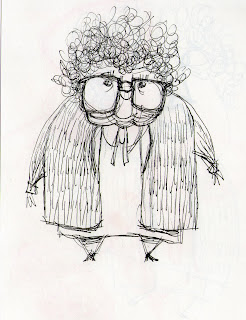 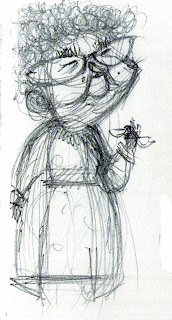 With lots of scribbley pen and pencil drawings were done, we wanted on to explore a few more colours, textures and styles. I like the cardboard style paper and found a stop motion BG on the web that I plonked our hero in - at the beginning we thought we might go this way, but as the story evolved that method grew trickier and trickier. The image with the black background would have been an interesting road to go down too, but somehow felt a bit too 'designed', for the tone of the little story we wanted to tell. 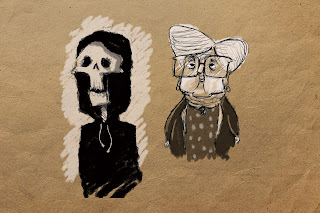 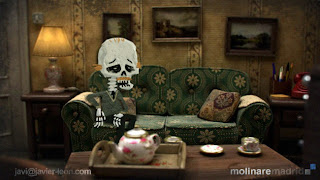 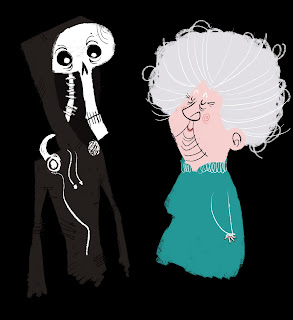 That's it for now, but stay tuned over the coming weeks for more updates. Cheers!
Posted by Aidan at 14:17 No comments:

Welcome to my little director's blog for the making of the short film "Deadly". The film has been rolling about in my head for nearly three years now and thanks to the Irish Film Board's Frameworks short film scheme and Kavaleer Productions, it looks like it might just become a reality. I'm going to try and post as often as I can and hopefully provide some sort of insight into what goes into to making these cartoon thingys! Enjoy 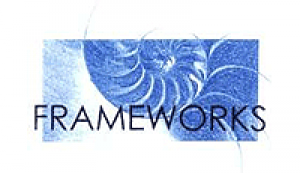